Compassion must become our driving force

We are navigating through precarious times and the soul of humanity has gone missing, writes Indian Nobel Peace Prize Laureate Kailash Satyarthi. The social reformer and campaigner against child labour argues that we need a different guiding principle for the betterment of society.

Sustainability is the buzzword that has inadvertently taken all social, political, economic and technological discourses by storm. Much has been written and said about sustainability, but from my experience of several decades, I can say that it is a delicate tabletop that rests on the four legs of Planet, Peace, People and Prosperity. I said this without mincing words while addressing the United Nations General Assembly in 2015, when the Sustainable Development Goals (SDGs) were being adopted.

Today, we are navigating through precarious times where the natural environment is deteriorating, and sea levels are rising. The years 2015-18 were the warmest on record, and a million plant and animal species are on the verge of extinction. Air, land, and water pollution have assumed alarming proportions. At loggerheads with peace building are issues like uneven progress in ending violence against people, scant respect for the rule of law, weak democratic institutions and poor access to justice. These factors are seriously jeopardising security, rights and opportunities for people.

These are also times when the ‘human’ spirit is fast disappearing from human resources. In this age of artificial intelligence (AI), when machine has overtaken man, our relations with each other have also gone algorithmically mechanical. Ask yourselves if all of these smartphones and gadgets have really brought you any closer to your loved ones, or whether they have put up walls between you? Ask yourselves if this deluge of technology is not propelling expectations, impatience and anxiety?

We walk on the same earth and dwell under the same sky, but the stark reality is that the rich-poor divide is a gap that is widening. Such is the magnitude of inequality, that the 26 richest people in the world hold wealth equal to the 3.8 billion people that constitute the poorest. Inequality is economic violence that perpetrates social tensions, regional imbalance, conflicts and insurgencies. The global gender pay gap stands at 23 per cent today and, if no action is taken to resolve this, it will take another 68 years to achieve equal pay. In fact, all the previously mentioned issues are a fallout of globalisation of production, markets, economies and technology. In this mayhem, the soul of humanity has somewhere gone missing. 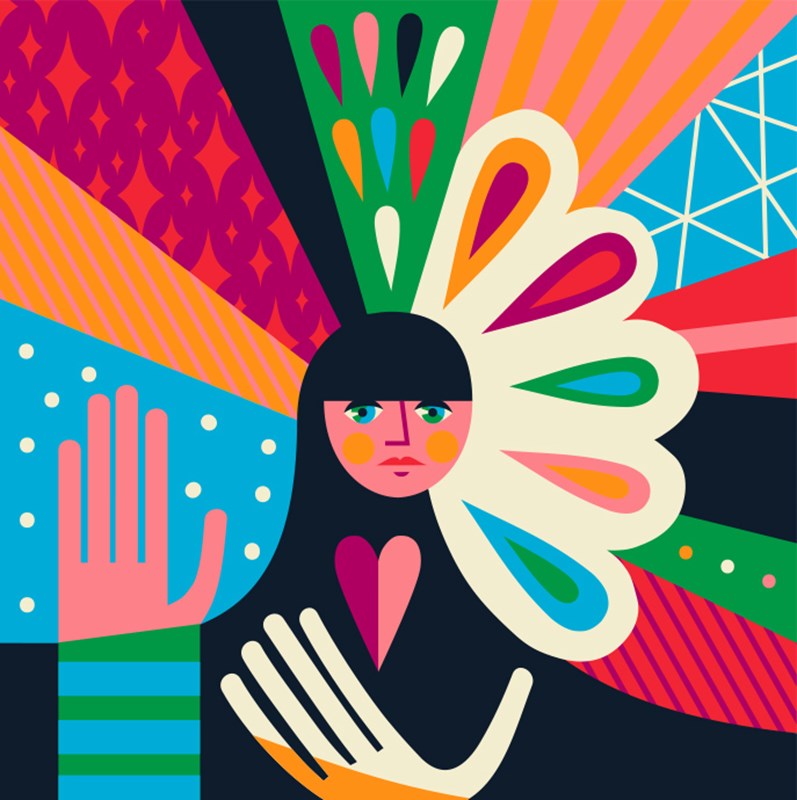 Working over decades, I have learnt that only the divine gift of compassion is the real saviour. Compassion is that strong feeling of others’ suffering as one’s own, and then earnestly working towards eliminating that suffering. Contradictory as it may sound, we are all born with an ocean of compassion but, over the years, with several layers of conditioning — like that of knowledge, status, power and materialism — this compassion gets buried. We lose contact with our innermost core, instead connecting with people and planet through selfish and greedy motives.

Here, I would like to share the story of my own realisation of compassion. It dates back to the 1980s when Wasal Khan, a desperate father whose 15-year-old daughter Sabo was about to be sold to a brothel, knocked on my door. The girl was born in slavery at a brick kiln. While listening to his story I thought, had Sabo been my daughter or sister, I would have moved heaven and earth to save her. I immediately gathered my friends, mortgaged my wife’s ornaments, hired a truck and left my wife and one-year-old son behind to try and rescue Sabo. We were beaten by the slave master and his goons and forced to return empty handed. Compassion was my inner power and light. I consulted a lawyer and was able to eventually secure an order from the court to release Sabo along with another 35 bonded and enslaved children, women and men. This resulted in the creation of my movement, Bachpan Bachao Andolan, or the Save the Childhood Movement.

Here are a couple of my experiments in globalising compassion. In 1998 we orchestrated the biggest march in contemporary history, the Global March against Child Labour, and demanded an international law to eradicate the worst forms of child labour, slavery, and forced labour. Inspired and driven by compassion for the most exploited children, this global movement led by survivors was joined by millions of people, including 71 heads of state and thousands of faith and corporate leaders. Compassion was converted into a sense of urgency and moral responsibility to end child slavery. We succeeded in the unanimous adoption of such law by the International Labour Organization. As a direct result of its implementation, the number of child labourers around the world has fallen from 270 million then, to around 150 million today. Such is the extraordinary power of the ‘globalisation of compassion’. 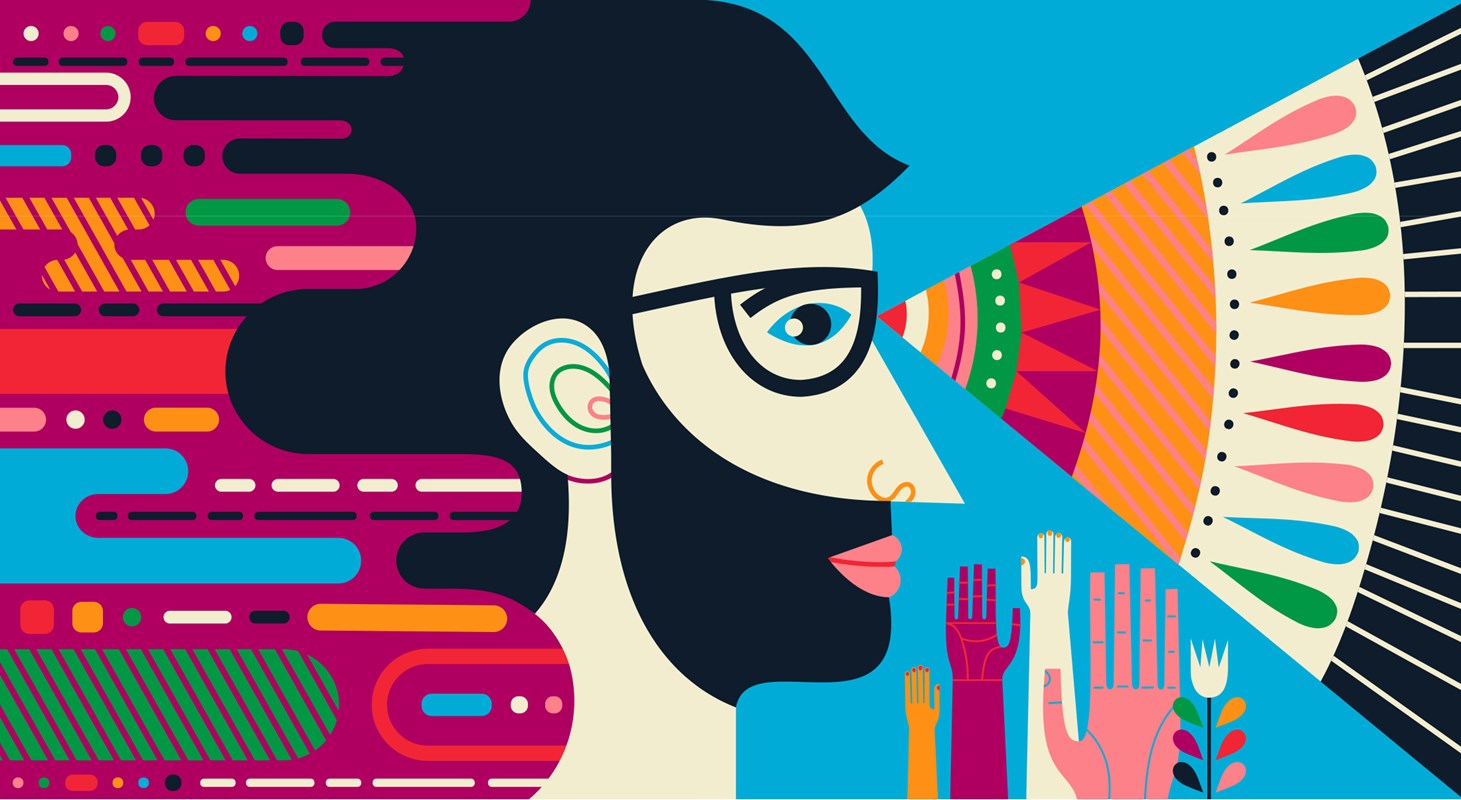 Yet another example is that of Good Weave, a first-of-its-kind social labelling mechanism that I engineered in the 90s to ensure child labour-free carpets. We were able to awaken the conscience of western consumers for demanding carpets not made by children in South Asia. This entirely changed the business practices of rug manufacturers. Without hampering the sales of the region, the number of child labourers went down from a million in the mid-90s to about 200,000 today. The Good Weave model was devised long before the phrase ‘corporate social responsibility’ was even coined and has been replicated in other industrial sectors worldwide. This again is an example of the ‘globalisation of compassion’.

Peace is not merely absence of war, but it is the ultimate equilibrium between our inner and outer self. There is no alternative to peace, and the sooner we understand this the better we will try to restore it for a sustainable world. To achieve it, we will have to build accountable institutions at local, regional, national and global levels. Transparency, better governance and responsive judicial systems can all guarantee human rights, law, order, and security, thereby paving the way for justice and peace for all humanity. Compassion can be the real trigger to drive us to build stronger peace building mechanisms at all levels for the betterment of society.

Children are not responsible for climate crisis and war, but they tend to suffer the most. Displaced by these disasters, 50 million children are on the move looking for a safe shelter tonight. Today, 150 million children are losing their precious childhood, freedom and education at the hands of exploitation and abuse. Whose children are they? They are all our children. If we cannot open our hearts, frontiers and treasures for our children, history will never forgive us. Compassion is the only solution. Governments across the world must ensure that their policies are time bound, pinpointed and accountable towards spending more on education, creating livelihoods, formalising economies and making better communities for children.

Businesses with compassion must stop reaping profits at the cost of child labour, forced labour and other human rights violations in production and supply chains. Governments, corporates and civil society must work together to share prosperity for larger good of the society, and not limit it in the hands of a privileged few. Compassionate consumers should exercise their supreme right for demanding ethical goods, which in turn will encourage corporates to adopt responsible business practices.

Most importantly, the common people must awaken and have the courage to speak truth to power, and stand up against injustices so that they, and others, do not suffer. This is only possible when compassion becomes the driving force and the guiding principle.

About the author — The Indian social reformer Kailash Satyarthi won the Nobel Peace Prize in 2014, sharing the prize with Malala Yousafzai for their joint struggle “against the suppression of children and young people, and for the right of all children to education”. Together with his team at Bachpan Bachao Andolan, Satyarthi has liberated more than 88,000 children in India from child labour, slavery and trafficking. 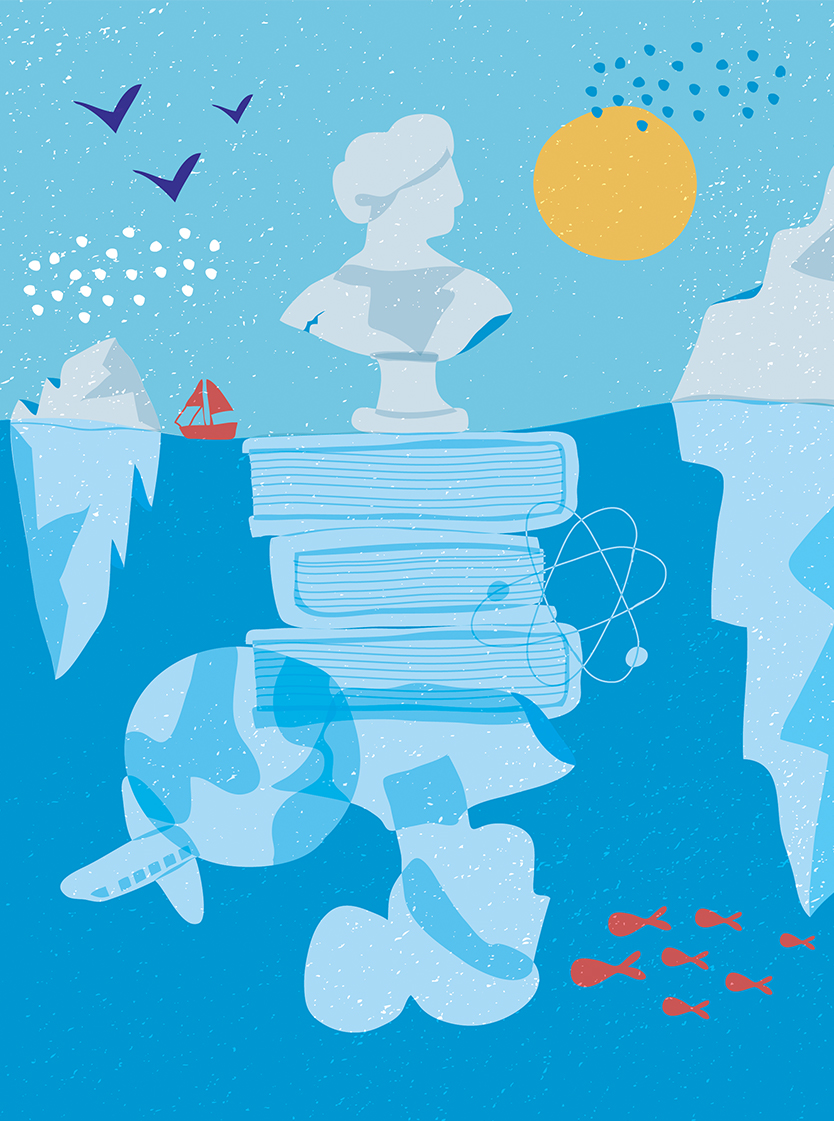 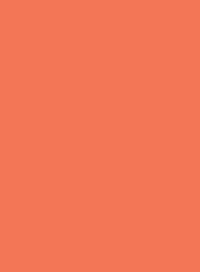 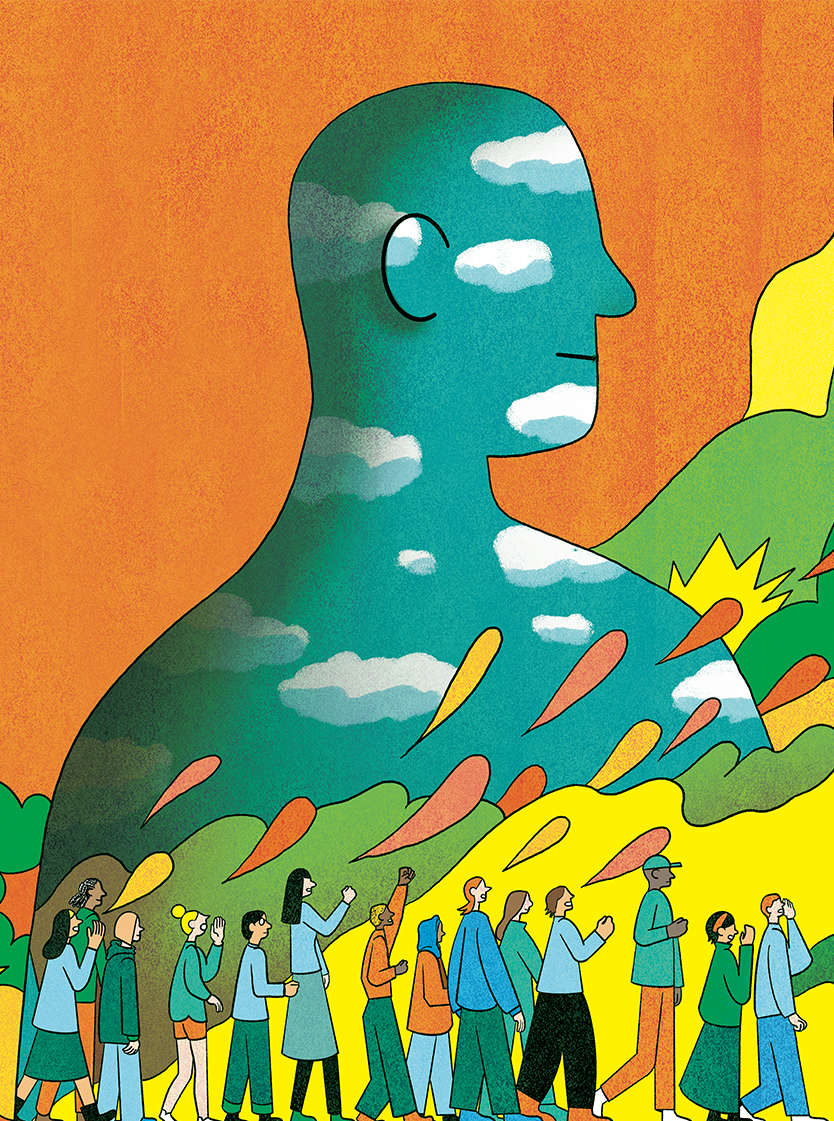 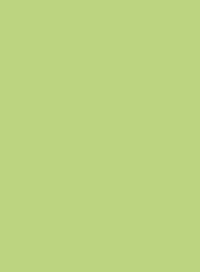 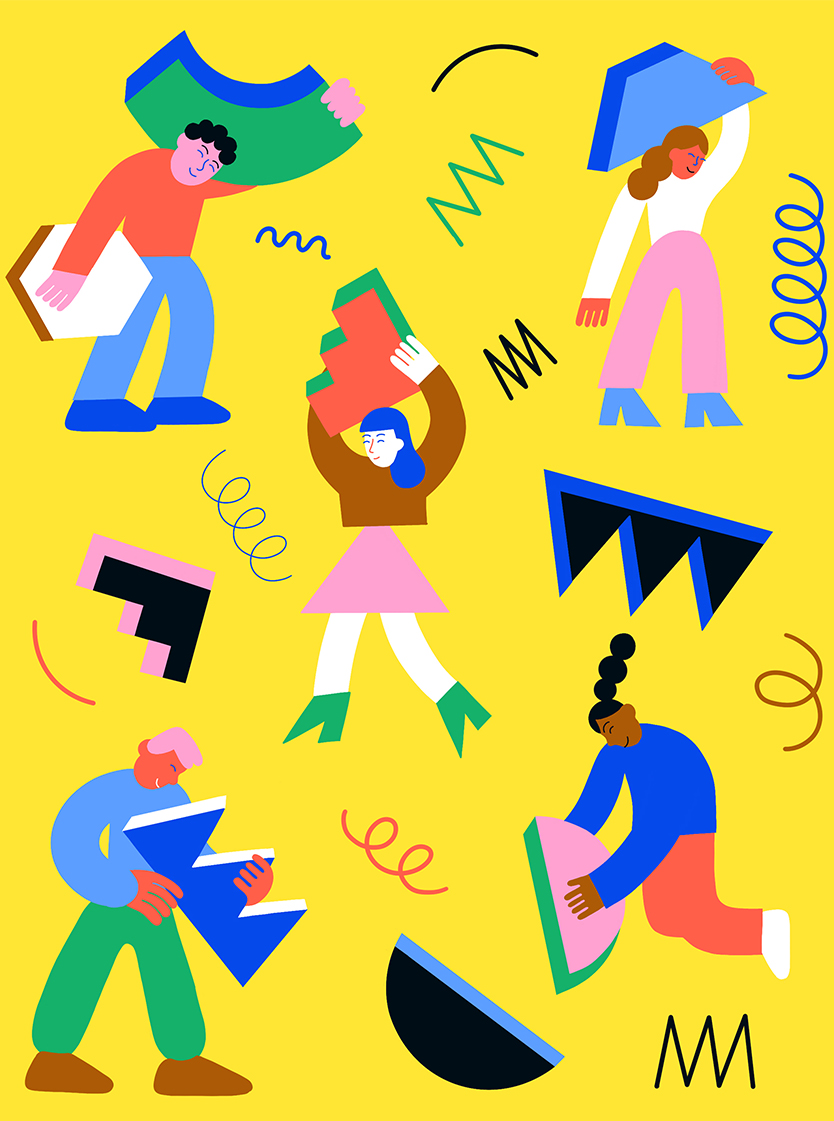 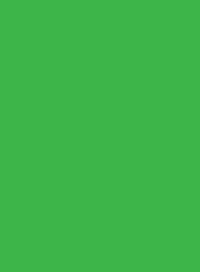