Our survival as individuals, communities and cultures, and the endurance of our planet, depends on embracing difference in all its numerous forms writes Ziauddin Sardar, and this is where polylogues—dynamic, multiple dialogues—must play a key role.

Shaping tolerant futures requires us to be more accepting of others, to understand other cultures, ethnicities, worldviews, on their own terms, from their own perspectives and experiences. This a big ask in a globalised world that is fractured, fragmented, full of strife and conflict, and deeply divided. Indeed, we find ourselves facing irreconcilable views and perspectives, numerous positions that are logically inconsistent—a world full of contradictions.

Contradictions are one of the major driving forces of our contemporary, postnormal times of accelerating change, realignment of power, upheaval and uncertainty, where trust and confidence in conventional ways of doing things is rapidly evaporating: ‘we live’, I have stated, ‘in an in-between period where old orthodoxies are dying, new ones have yet to be born, and very few things seem to make sense’.

One particular reason why things make little sense is that almost everything we encounter is complex—not amenable to simple, or to age-old established solutions, or orthodox ways of solving problems. A complex system has many components that change and interact in multiple ways. Its properties and behaviour cannot be explained by the mere addition of its parts; these emerge when the parts of the system interact with each other. Complex systems are thus dynamic, with extensive uncertainties, and numerous legitimate perspectives. Moreover, a complex, interconnected and networked world, with instant communication and prompt reactions, is prone to positive feedback that escalates things rapidly to the edge of chaos. This is why we find ourselves in a turbulent, chaotic world of political upheaval, cultural wars, and social strife. Complex problems require complex approaches; this is called the law of requisite variety. And contradictions cannot be resolved; they can only be transcended. This means that linear and static approaches to understanding the present and shaping the future are becoming increasingly irrelevant. We need to focus instead on the dynamic interconnections amongst complexity, contradictions and chaos of postnormal times; and develop new approaches to navigate astonishing diversity, contradictory possibilities and chaotic potentials. This is where polylogues—dynamic, multiple dialogues—enter the equation. 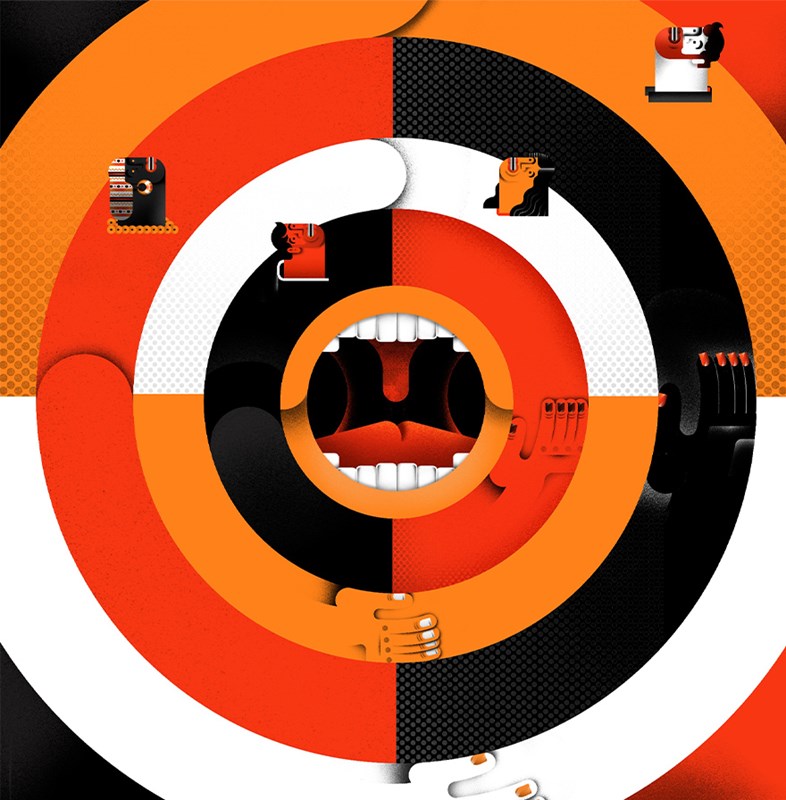 The notion of polylogue was first developed in 1977 by Bulgarian-French philosopher Julia Kristeva, to represent ‘multiple logics, speeches, and existences’. As a literary critic, Kristeva is interested in the interrelationship between texts. How ‘texts’—language, discourse, literature, paintings, designs, logos—talk to each other and shape meaning; what, in the technical language of cultural studies, is called ‘intertextuality’. Later, Austrian philosopher, Franz Martin Wimmer, used the concept to overcome the Eurocentrism of contemporary philosophy. Analysing polylogues from an intercultural perspective, Wimmer argues that philosophical thinking, as a continuous, ever-present activity, needs to involve thoughts and ideas of different cultures, giving equal voice to all. For Wimmer, polylogues are not just about mutual understanding but also about mutual criticism and enlightenment; it is about coming closer to some kind of appreciation of universality.

But polylogues are not just about contemporary philosophy escaping its western solitude. Neither is it just about arid ‘texts’ dynamically engaging with each other. They are also about ushering positive change in the real world, here and now. Polylogues are about, as I have stated elsewhere, ‘creating new physical and mental spaces where diversity, pluralism, and contending perspectives are present on their own terms but also deeply invested in engaging others in creating and sharing information and knowledge’. From futures perspectives, polylogues serve as an approach for transcending contradictions, appreciating complexity, and bringing us back from the edge of chaos by producing fresh synthesis and new knowledge that can help us navigate postnormal times.

We need polylogues of various scope and scale, operating at different levels. At the most obvious level, polylogues connect minds: people from diverse communities, different worldviews, cultures, ethnicities, identities, perspectives, backgrounds, disciplines, and views come together to explore common problems. This not simply an exercise in being nice but acceptance of necessity and willingness to redistribute power. The emphasis shifts from toleration—accepting each other—to the necessity of making visible what was previously been shrouded in obscurity: the meaning of a particular culture or perspective to the bearers of that culture or outlook. What also happens to conventional power structures should not be underscored. Not only is power taken from the formerly powerful, so as to be democratised by the participants, but also the power of ideas to discipline and colonise is at least called into question, if not entirely impeached. The embrace of polylogue places self-description first, however destabilising that may be to cherished ideas of the dominant system of knowledge.

The knowledge dimension of polylogues is important. Polylogues are needed to take us forward from the decaying and increasingly irrelevant dominant paradigms, and systems of knowledge accumulated by and through the lens of modernity. By bringing different forms of knowledge production together—modern, traditional, indigenous—and according them equality and respect, polylogues can usher inclusive paradigms and pluralistic ways of knowing. They take us beyond the world of binary logic of black and white, zero and one, to Kristeva’s ‘multiple logics’ where a complex issue can be expressed as true, or false, or both, or none. A space is created for perhaps, and maybe between, the stark conformist alternatives of certainty and denial.

By giving equal importance to knowledge systems of non-Western civilisations and cultures, including indigenous cultures, tacit and intuitive method, reason and revelation, polylogues could promote the realisation that in a diverse and dynamic world, there are many ways to be human. And different, but equally important, ways of knowing, being and doing. Polylogues are not just about engaging with others but, more importantly, listening to others. 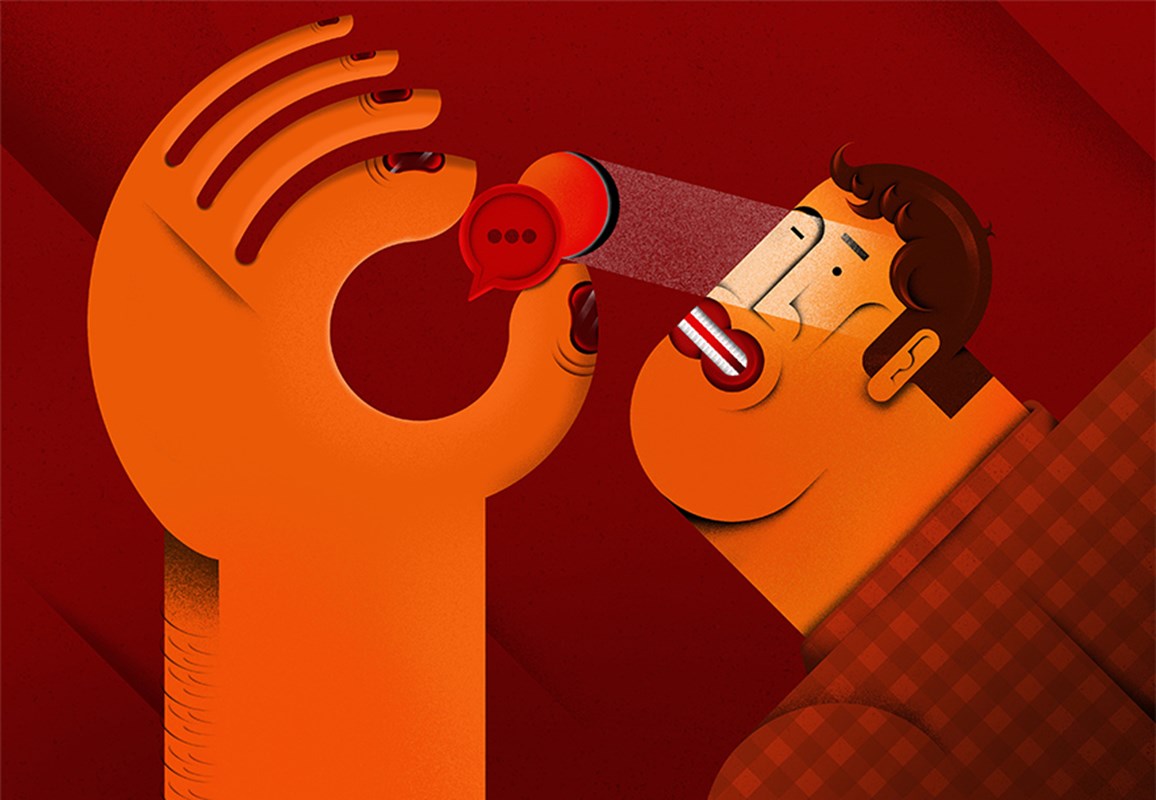 Others also include nature as well as the Earth, the abode of our terrestrial journey, as equal partners in our discourse. Just as we have to learn to listen to each other, we have also to learn to listen to nature. Modernity has marginalised nature just as it has marginalised and written off traditional and indigenous cultures. The consequences are everywhere: from the arrival of the Anthropocene era (where human activities have a direct impact on the ecology and geology of the planet) to loss of biodiversity, the depletion of the rainforest, potential mass extinction of insects, ocean acidification, industrial and agricultural modes of production that have polluted oceans, rivers and atmosphere, to feeling and experiencing climate change in real time (with astonishing temperature rises, epic fires and floods on Biblical scale), right to the Covid-19 pandemic. Without nature as a full participant, polylogues would be truncated.

And so, we arrive at the most enigmatic aspect of polylogues: the multiple dialogues with the Self. Our alienation with nature has alienated us from our own multiple selves. Our selves have become distorted, and hence fear all others, whether we perceive the others as people, cultures, lifestyles, nature, ways of knowing, cosmologies or the sacred. The distorted self sees itself as fixed: unchanging, in control, with absolute certitude, and possessing a monopoly of truth. Such a self cannot engage in polylogue simply because it does not recognise two simple facts: that individuals, like cultures, change and transform continuously and constantly, shifting their perceptions and outlooks; and that our own happiness and enrichment depends on the happiness and enrichment of others. So, meaningful polylogues can only commence with the recognition of our own changing, multiple selves.

Polylogues are based on the premise that we are not just different but our difference depends on, and is connected to, all other different cultures and communities. Our survival as individuals, communities and cultures, and the endurance of our planet, depends on embracing difference in all its numerous forms. It involves different voices talking simultaneously to each other and Others.

This, I would argue, is perhaps one of the most reliable pathways to tolerant futures.

About the author — Ziauddin Sardar is a well-known futurist, writer and public intellectual. 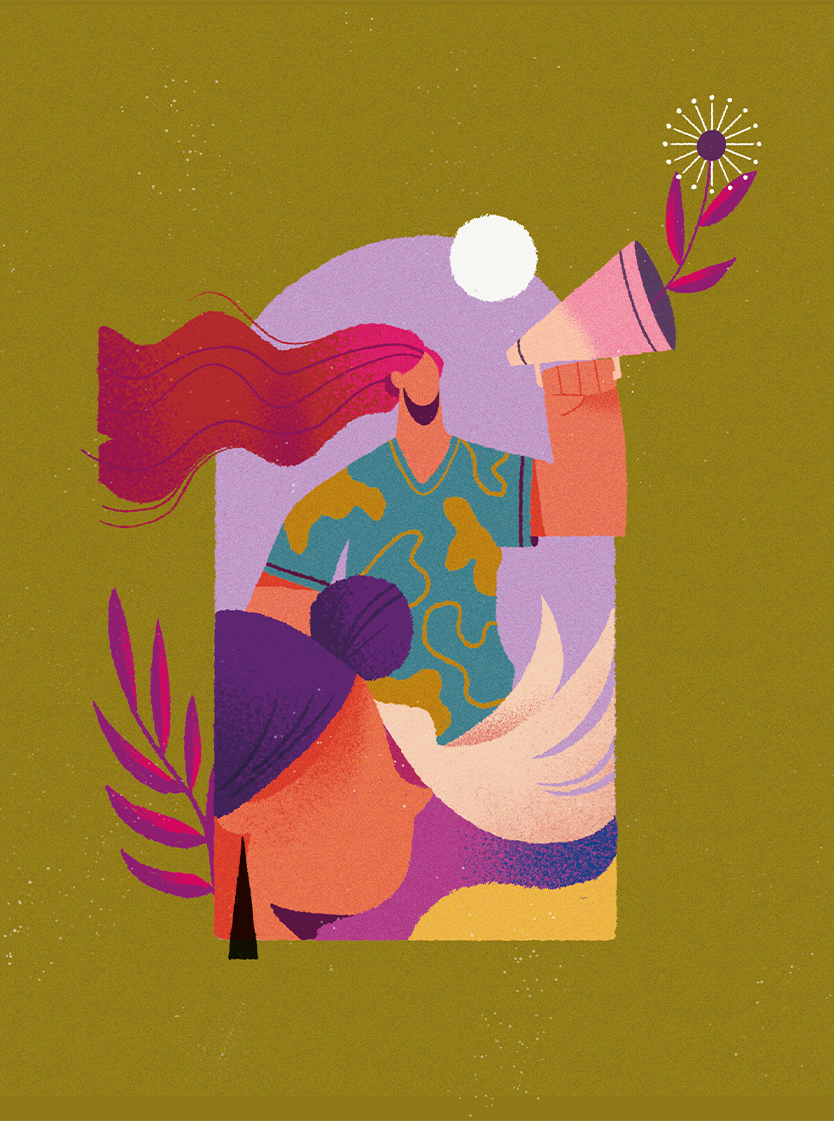 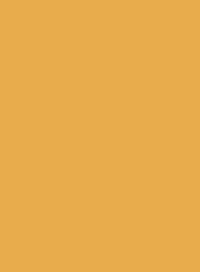 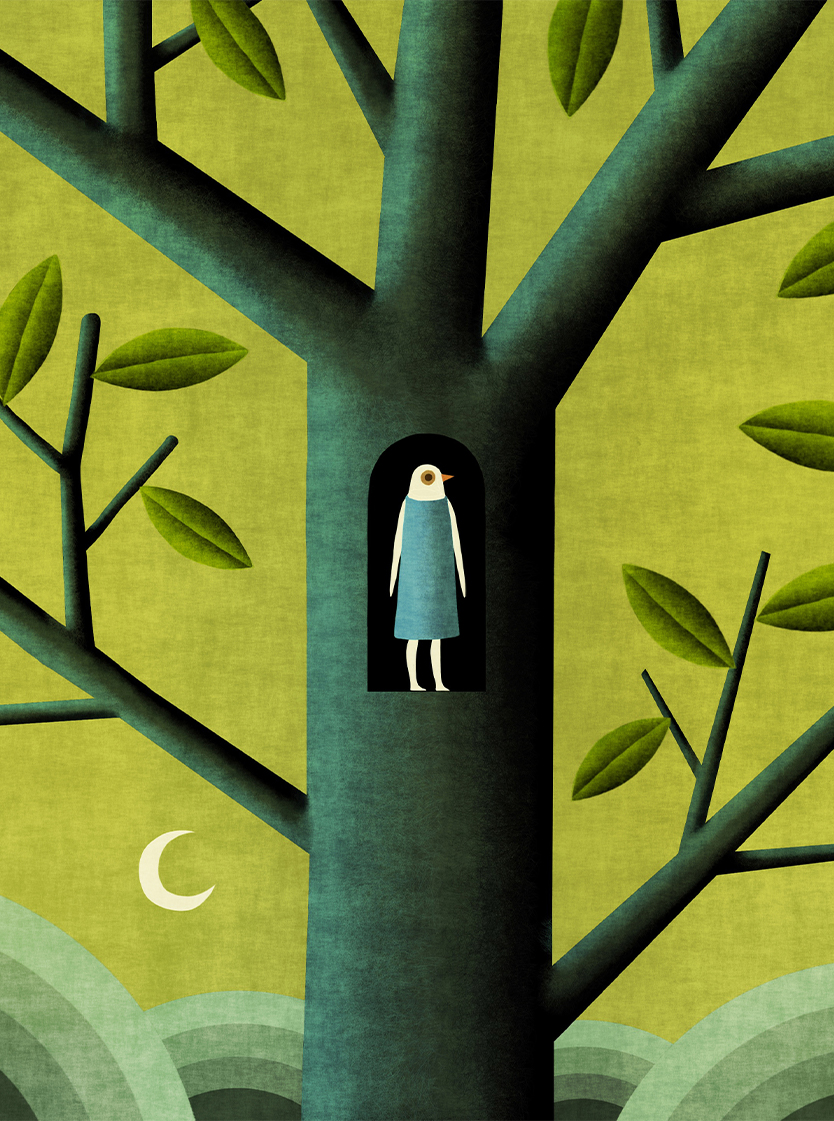 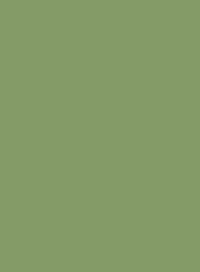 Reinventing Our Cities as Constructed Ecosystems 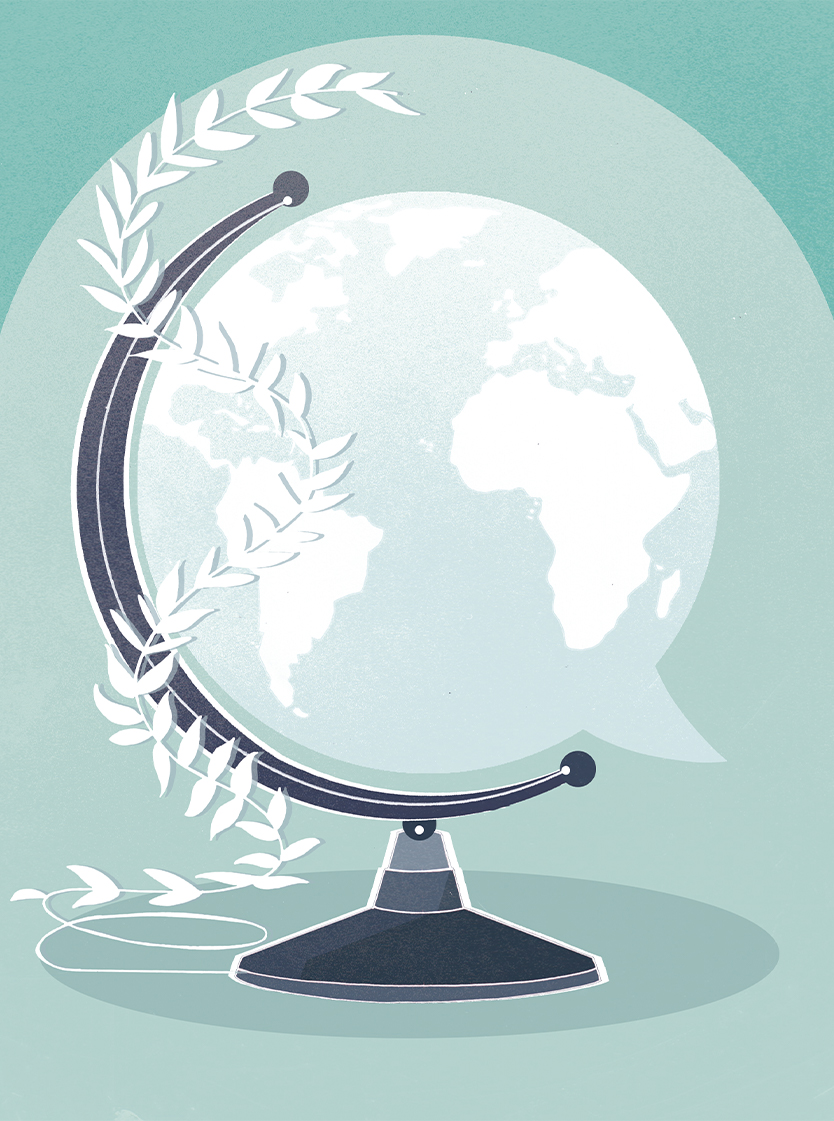 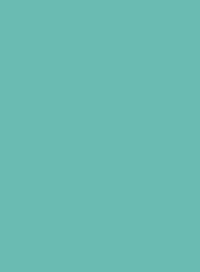