Empathy must be at the centre of our scenario planning if we are to shape the future we prefer, for the benefit of all, argues John Schroeter.

We all face countless entirely new problems, challenges, and struggles, as a new economy and a new civilisation arise on the planet—it is a fantastic moment to be alive. Indeed!

What’s surprising about this statement is that those words were written not yesterday, but 20 years ago, by Alvin Toffler, author of the seminal Future Shock. And yet, there is no question that we find ourselves at an inflection point in history against which those two-decade-old words reverberate more loudly than ever.

As we’ve all learned in recent years, the future is a precarious thing; its eventual character shaped not only by innumerable externalities and events, but also competing worldviews. Which vision of the future will ultimately prevail? Will others prove to be more tenacious? To what lengths will they persevere in creating their versions of the future, which may well be antithetical to yours? Will you rule your future or be its passenger? Or its victim?

The point is that all the potentialities ‘exist’ simultaneously in the ether of the undetermined future. Like the interference patterns that appear in the perplexing double-slit experiments of quantum mechanics, the reality that is ultimately actualised from the myriad possible futures depends entirely upon our—your—action. And that action is precipitated by a choice—a decided outcome that is not a function of chance but an exercised will. And when we make that choice, we necessarily close out and collapse all other options—including those of our competitors and other potential futures. We can’t keep the quantum options open forever!

In the end, every act is an irrevocable selection and exclusion. In other words, by making the deliberate choice—or allowing others to make the choice for us—we determine the future state! Scale up this idea and you’ll realise that your choices carry more energy than that released by splitting the atom. Recognise this and, with a little competence on the execution side of the equation, you can, like Archimedes, move the world. 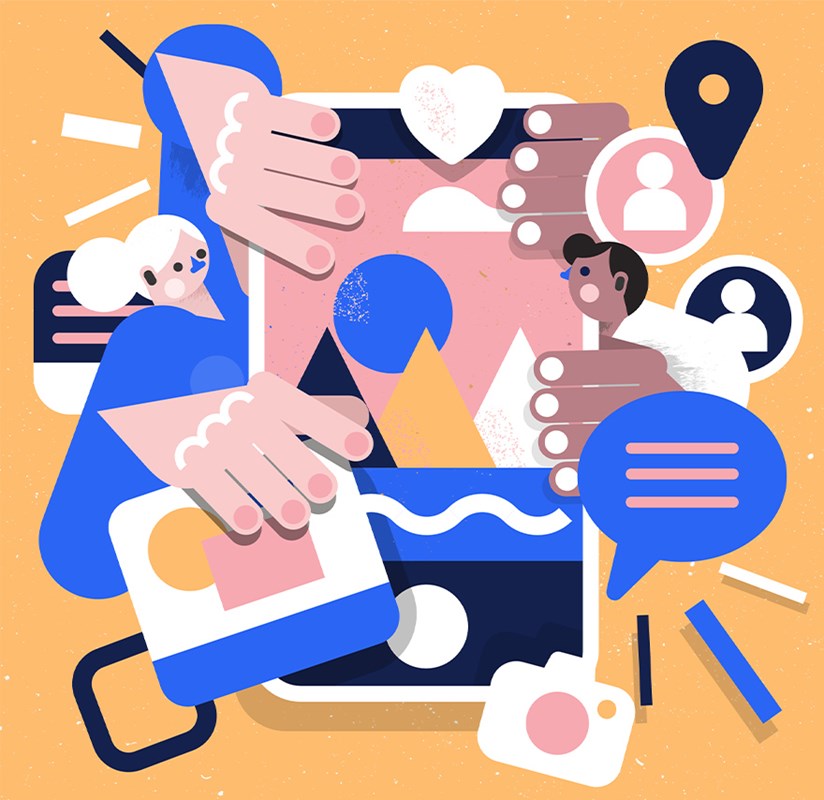 Now, to these ends, it is vital to appreciate that we are at the dawn of the Fourth Industrial Revolution—an unprecedented new age marked by the erasing of the boundaries between the physical and virtual worlds, the fusion of artificial intelligence (AI), robotics, the Internet of Things (IoT), 3D printing, quantum computing, and a great many other technologies.

Think 5G, digital twins, blockchain, augmented reality (AR)/ virtual reality (VR), edge computing… Each of these technologies have been following their respective trajectories, but their full power and potential will only be released when they ultimately converge. And convergence is the feedstock to exponentially accelerating change.

This, of course, was the main thesis of Future Shock. But whether Toffler’s warnings about the acceleration of technological and social change have proved prophetic or apocryphal, his insights were—and continue to be—potent catalysts for considering probable, possible, and preferred versions of the future. Which brings us to the primary scenario planning framework I employ when contemplating futures strategies. 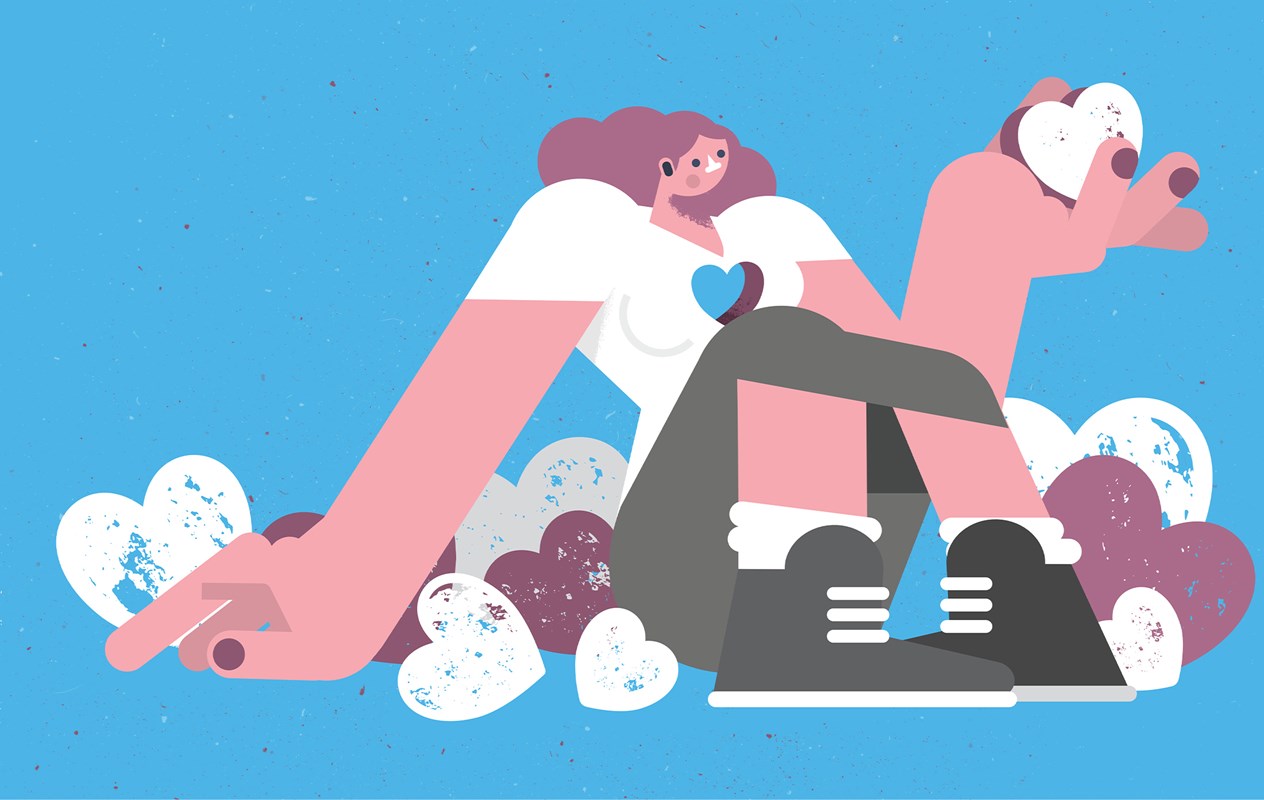 “Truly, the ability to ask ‘what if’ really is humanity’s superpower”

In its simplest terms, you can think of the future as a big if-then-else statement. You can apply this construct to every facet of life in the imagined future, whether it is the future of work, or healthcare, education, democracy, society, the environment, whether change is good for us, what we value, how we think of the past, even the future of futurism… Moreover, you can deconstruct that if-then-else statement in ways that might surprise you.

Begin with ‘IF’. IF is the realm of imagination. In its forward-looking context, it asks, what could be, as opposed to what is. Truly, the ability to ask ‘what if’ really is humanity’s superpower.

And finally, ‘ELSE’, which leads us to explore alternatives. It says we have a choice, and that choice can be exercised in active or passive ways. 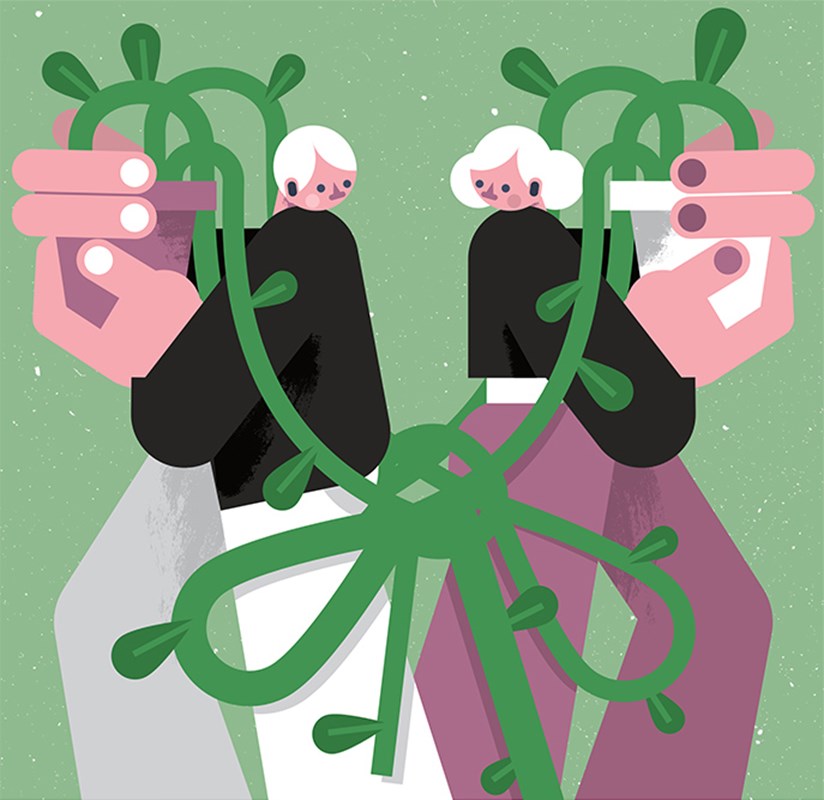 But it turns out that there is something far more fundamental in realising the kind of future we might actually bring about: while technologies emerge and evolve at exponential pace, the human heart has remained stubbornly static. In the end, we are what we are. It may well be that the old saying, ‘Wherever you go, there you are’, is likely to apply equally to the destination known as the future. And that’s a problem, because the more we change externally via all our technological trappings, the more we stay the same, inside. Consequently, the state of the future is going to depend much less on the state of exponential technologies than the state of the human heart. Indeed, ironies and paradoxes increasingly characterise our times—and our view to the future. The problem, though—and one seldom accounted for in futures studies—is that while myriad technologies have made our economies and lives more interconnected, an increasing number of people are feeling ever-more disconnected.

While the Fourth Industrial Revolution is marked by a blurring of the line between the human and the technological, the consequence of this blurring has been, as pointed out in Global Risks Report 2019, ‘…an increase in loneliness, rising polarisation, and a corresponding decline in empathy’. 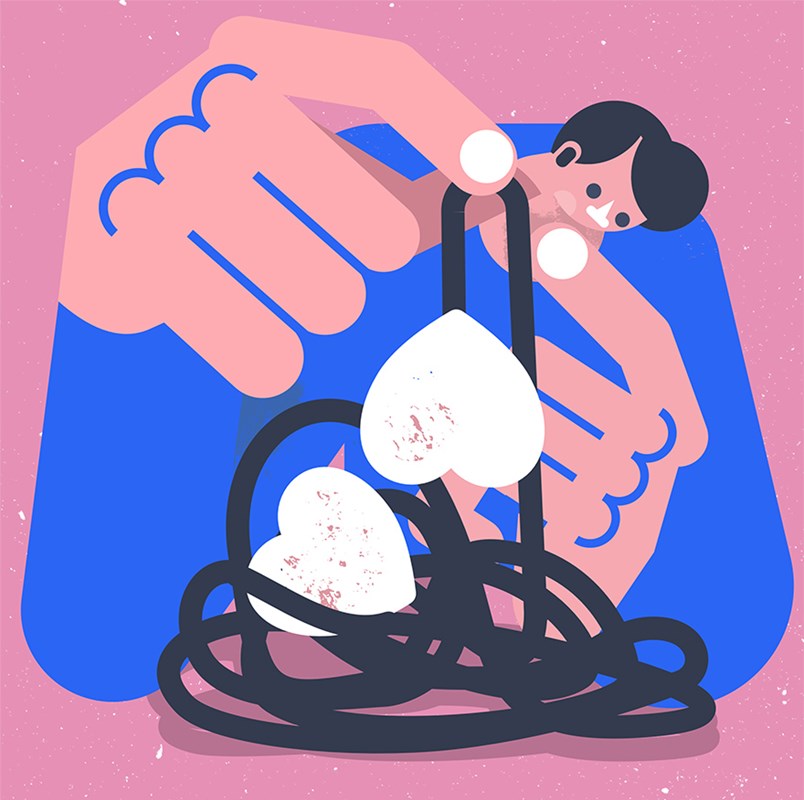 I’d like to focus on that word ‘empathy’. Its decline is not merely an anecdotal observation. One study conducted by Dr. Sara Konrath, for example, found that among American students, levels of empathy fell by 48 per cent over the 30-year period it studied. Recent events are sure to accelerate this disturbing trend. The question, though, is at what point does the decline of empathy begin to manifest as social risk, and therefore, what it might mean for the future?

Our if-then-else-construct can help us here. Interestingly, the very activity of scenarios exploration can be used to cultivate empathy. It’s a process that helps us identify forces of change in various combinations that yield various stories about how the future might unfold—including their potential unintended consequences: consequences that only emerge when taking a more holistic view of an entire ecosystem and its many interdependencies. Scenarios are powerful because they engage imagination in the creative crafting of narrative. And this is vital to ‘experiencing’ possible futures, to testing hypotheses, to walking in other peoples’ shoes—rehearsing the future, if you will, in ways that will help us to better prepare for it, if not shape it, for the benefit of all.

I like Daniel Pink’s thinking on this point, as amplified by Thomas J. Chermack. ‘Empathy,’ he explains, ‘may embody the crux of scenario planning. That is, empathy is at the centre of the ability for individuals to see something with new eyes. By literally imagining a given situation from different perspectives, scenario planning participants cannot help but to empathise with situations and individuals they may not have previously considered, and when they do so, they are really getting the most out of their scenario exercise.’

And with that, we hope, also getting the most out of our experience of the future we prefer.

About the author — John Schroeter is a technology and media entrepreneur, publisher, and producer. As executive director of the public benefit corporation Abundant World Institute™, he leads a society of the world’s foremost technologists, futurists, and entrepreneurs to ‘imagineer’ a better future by connecting the dots looking forward. He is also the editor of After Shock, a landmark book observing the 50-year anniversary of Alvin Toffler’s Future Shock. 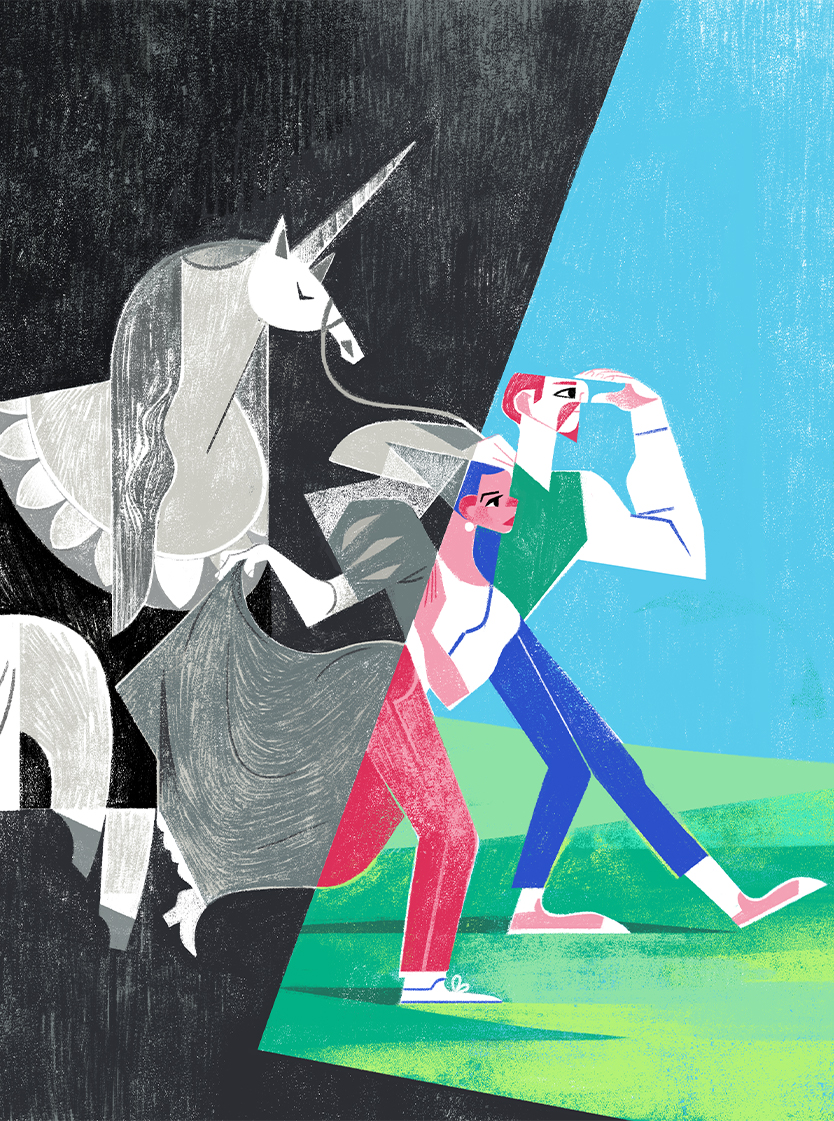 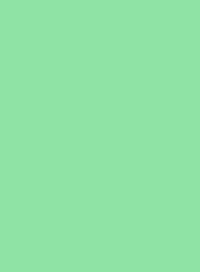 Can We Pivot To A New Renaissance? 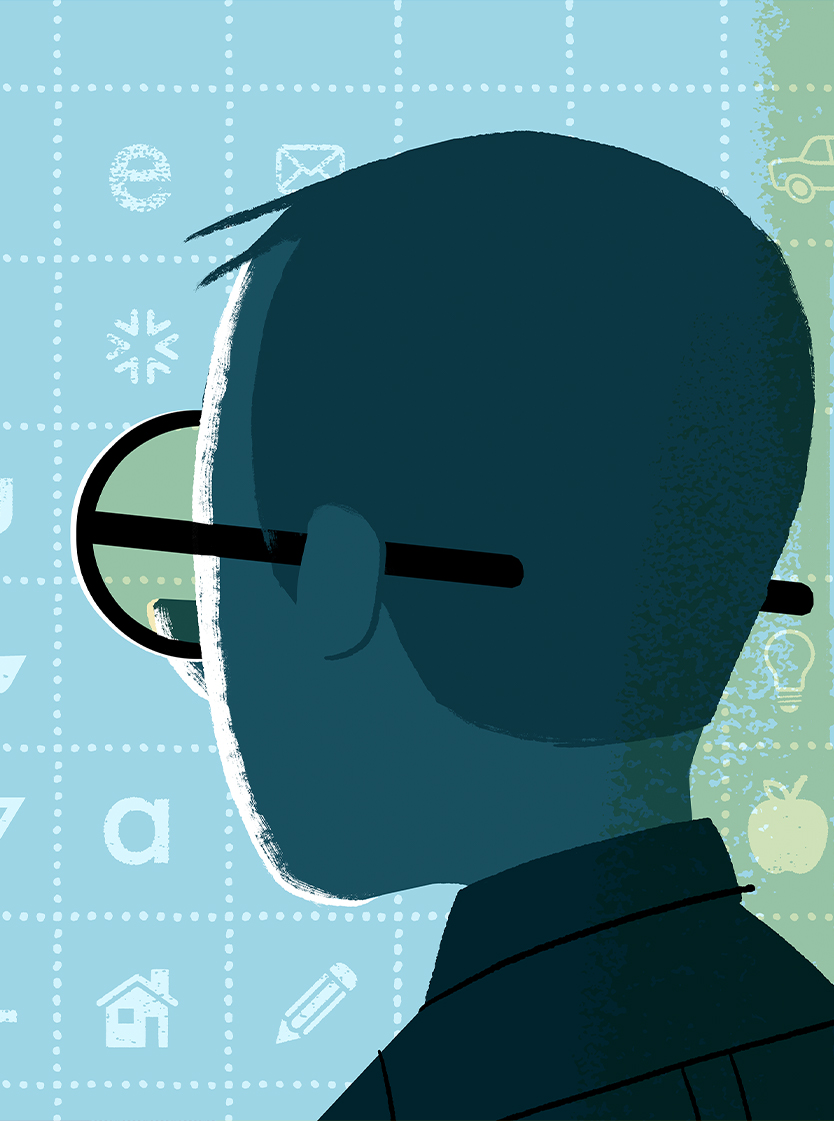 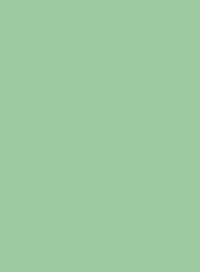 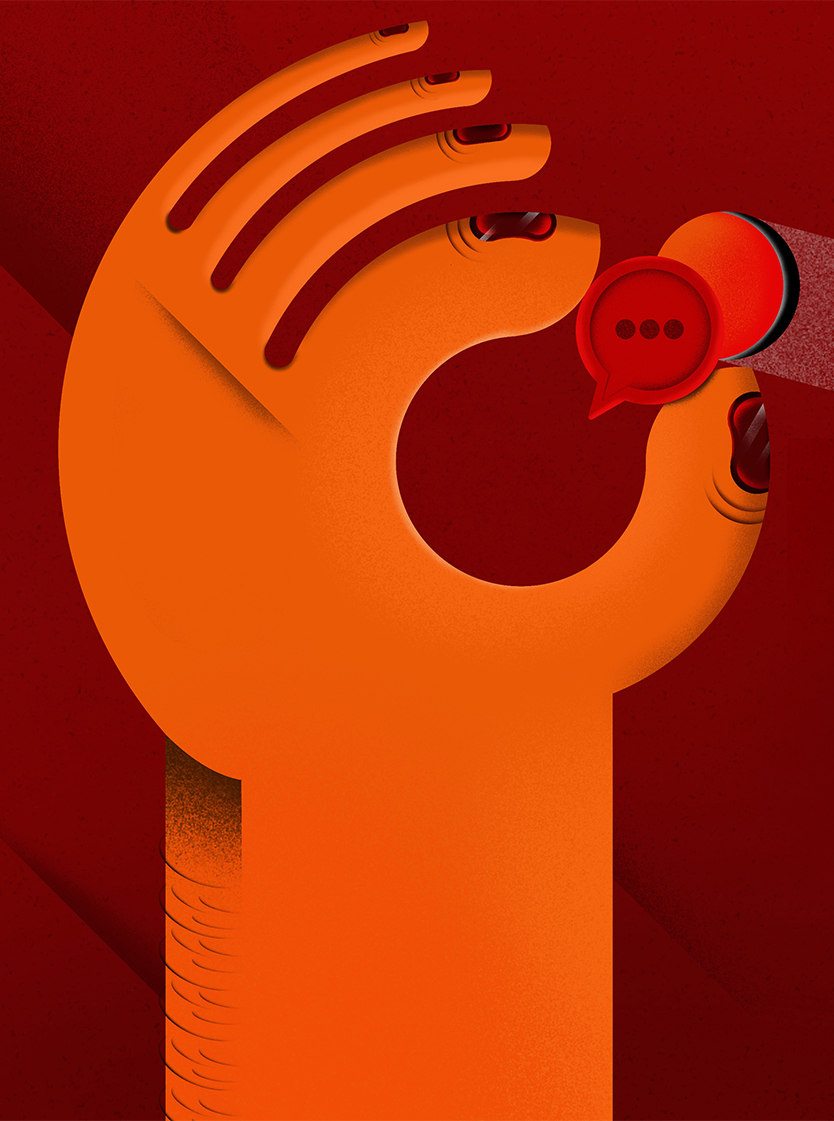 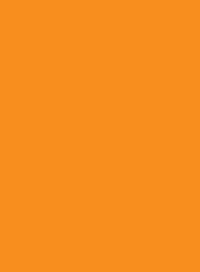